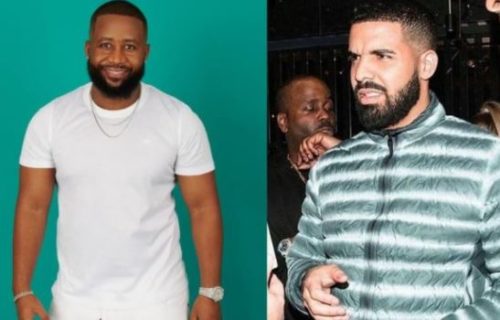 Cassper Nyovest got brows raised following his reaction to Drake’s announcement on the postponement of his forthcoming album, CLB.

Taking to social media, the Canadian rapper said; “I was planning to release my album this month, but between surgery and rehab my energy has been dedicated to recovery.. I’m blessed to be back on my feet, feeling great and focused on the album, but CLB won’t be dropping in January. I’m looking forward to sharing it with you all in 2021.”

Reacting to his announcement, Cassper said a song titled, Certified Charmer Boy will be dropping on Valentine’s Day, 14th of February.

“I’ll take it from here dizzy. Certified charmboy dropping February 14th. This one is for the lovers only. #CertifiedCharmerboy”

Now, fans are confused with Mufasa’s revelation. Are you featured on the album? Is that a song off the project? are questions asked by followers.

Drake when he sees this pic.twitter.com/M7FEkbxAje

Meanwhile, the South African rapper revealed some weeks ago that Drake has an Amapiano song dropping this year. And this has made South African’s anticipate the project.