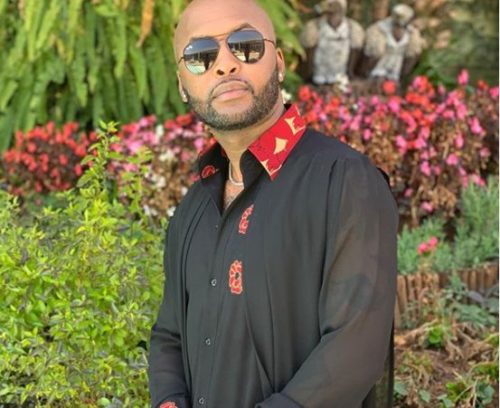 Vusi Nova shares a photo of himself being mushy with a female partner, and it got eyes popping.

The singer has confessed many times on how messed up his love life is; he also spoke about being single this year.

However, his new post on social media alongside the caption, got people believe he’s in a new romantic relationship.

The two were dressed in black in the photo, and Vusi captioned it with: “I got you,” ending it with a black heart emoji.

Vusi has been rumored to be in a relationship with his married bestfriend, Somizi Mhlongo; there’s been assumptions that he is gay.

Clearing the air about his love-life while speaking to TshishaLIVE some months ago, the singer said:

“It’s not that I don’t date or whatever. It’s just that for some reason it just never works out.”

“I witnessed such a beautiful union. It was a fairytale. Funny enough Somizi has a group he calls the ‘Brotherhood Cartel’, and now all of them are married except me. I am the only one not married. Maybe I’ll find someone there at the evening of love.”