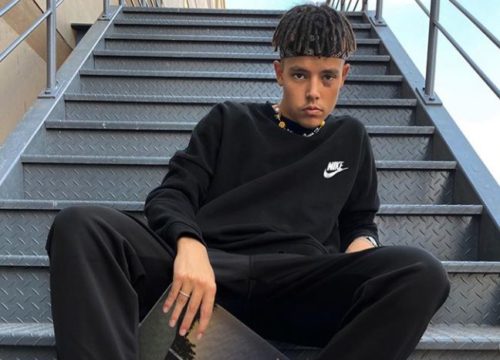 J Molley is set to drop his debut studio album and he’s unveiled the cover art, title and tracklist.

Taking to social media, he shared more than 50% details about the project, titled All Is Fair In Love And War.

The rapper is on the cover, and he has a piece of cloth draped around his waist, he has a snake across his neck with white birds hovering over his head.

The project has 14 tracks and it features Nadia Nakai, Focalistic, Costa Titch, Riky Rick, Frank Casino, Ckay and Yanga Chief. Most of the songs were produced by Stickx.

J Molley plans to release a single off the album soon.

The rapper dropped an EP in 2017 and it’s titled, Dreams Money Can Buy. It has 8 tracks with a 9th track as bonus.

All Is Fair In Love & War 🎭 5000 Comments To Unlock The First Single 🃏Which Song Do You Guys Think I’m Dropping First ? Shot By: @1boywanda 🏛