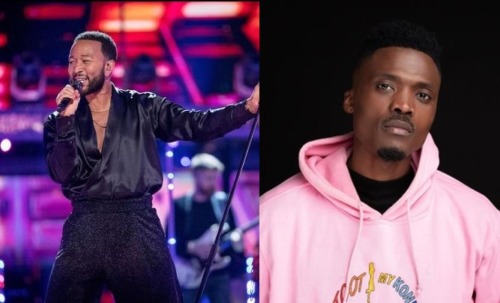 The American star kicked off a Tik Tok challenge with one of his songs, Nervous off his new album; the challenge allows people to drop a verse to the song which the SA singer did in Zulu and blew minds with his touch.

Mzansi cried out for a collaboration after John claimed he loved Gatya’s verse.

In a short period, the collaboration came to pass as John Legend who is currently in South Africa invited Mthandazo on stage and they did the song together.

The video of the performance has gone viral with reactions from the likes of Anele Mdoda and Black Coffee.

Watch the full performance, reactions, and other videos below:

The power of social media 👌🏽 when it’s your time it’s your time believe that. Big S/O to John Legend @johnlegend for listening and paying attention to Mthandazo Gatya @MthandazoGatya 👊🏽🔥🔥. https://t.co/CMzIsVrsM1