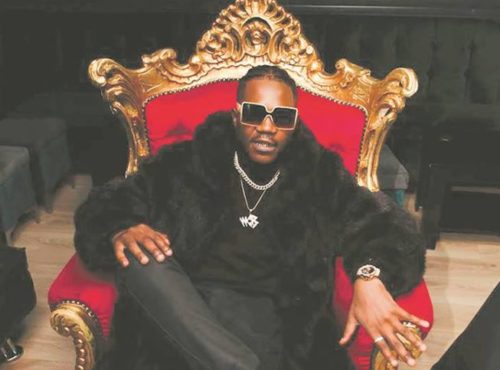 John Vuli Gate hitmaker, Ntosh Gazi has joined the list of celebs who have relocated to a foreign country.

Speaking to Daily Sun, Ntosh made it known that he’s left South Africa permanently to the United Kingdom, and for the first time, he feels satisfied and excited.

Most SA celebs hints at relocating before finally leaving, but it was unexpected from Ntosh, who actually found an opportunity and maximized it.

“Initially, I was on tour with my team but I have made the decision to permanently stay here. This is because within the two months I have been here, I have managed to build a huge market this side for amapiano,” he said.

“Secondly, I have been presented with endless good opportunities and I have already grabbed a few. As a South African artist, I know the struggles of the industry. I’ve been there and I wasn’t going to let opportunities pass me by.”

The star no longer beg for gigs like he does in SA, and his career is doing very well in the UK.

“I already do Amapiano Fridays at Smade Lounge in London,” he added.

Ntosh said his family members are aware of his relocation and he’s excited, as he’s finally escaped those envy of his success, as they attempted to block him from securing wins.

“I don’t really blame them because there are too many artists fighting for the same spots. Fortunately, an opportunity presented itself for me to spread my wings.”