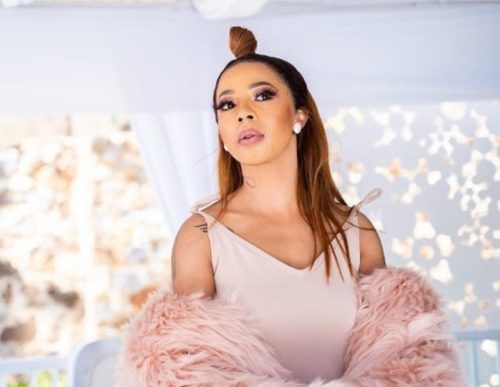 Netizens have called out for the arrest of Kelly Khumalo due to the death of her ex-lover Senzo Meyiwa.

Since the Bafana Bafana goalkeeper was murdered in 2014 there’s been no major arrest made.

Over the past weeks, the trial of the late star has been ongoing in court and it appears the case has been dragged forth and back, yielding no result.

Knowing that Senzo was gunned down beside Kelly in her house, many have called out the singer to spill out the truth as it’s assumed that there’s a strong force behind the case, avoiding the revelation of the main culprit.

Despite all that’s been said, Kelly has remained quiet but was represented by a lawyer weeks ago.

Twitter users have asked that people stop booking the singer for shows, so she goes broke enough to reveal the truth.

Kelly Khumalo needs to be cancelled very fast, once she’s not receiving any form of income she will start talking #SenzoMeyiwatrial

Kelly Khumalo must be Sanctioned https://t.co/66wlZ7wwyU

The people behind Senzo Meyiwa’s death are dangerous and more powerful than Kelly Khumalo, I don’t blame her anymore.