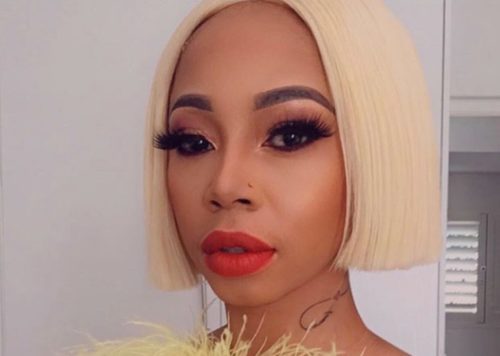 Kelly Khumalo has trust issues, and this is because of past event with people, especially with her late baby daddy, Senzo Meyiwa.

On the recent episode of her reality show, Life With Kelly Khumalo, she revealed how Senzo betrayed her while dating him.

According to the singer, Senzo was married to another woman when she was 3 months pregnant for him.

“The biggest thing is I don’t have trust. I just don’t trust human beings period. Because I’ve gone through this with my late boyfriend where I was lied to and I only found out that this man was married when I was 3 months into my pregnancy,” she said.

The baby in her as at then is her lovely daughter, Thingo, who is 7-year-old.

However, some persons have cancelled Kelly due to the death of Senzo, as it’s believed she knows something about the murder of the late football star.