Lady Du tells story on how she started music

Lady Du pours out her mind in series of tweets as she speaks about how she started doing music and how she embraced Amapiano after many years of being in the industry.

According to her, she switched to Amapiano in 2020, and started doing music at age 10.

Thanks to her grand-daddy who was a DJ and owns a club, the singer continued his legacy.

“I switched to amapiano In august last year, but I’ve been in the music game since I was 10. I live, eat, breath, music. My grandfather had a club in vosloorus called dukes place, he passed and I was born hence my name Duduzile. My grandmother says I am my grandfather straight.”

She revealed how she got the name, Lady Du.

“This is a legacy passed on by my grandfather, to my dad DJ Choc, then my uncle DJ Zan D, now I am carrying the light. My grandad never had a girl, I was the first of his family. Hence the name LADY, DU!!!!”

The vocalist claimed to have been doing music for 21 years, and further encouraged people who are about giving up.

“My music story is one for the books, I am not lucky, I did not chance a hit, I did not pay anyone, didn’t ask for favours, wasn’t spoon fed. I worked, blood, sweat and tears for extactly 21 years. Studying in between so if it doesn’t work out I have something to fall back on.”

“When ever you feel like giving up remember that things take time, now that I have a platform to change lives and help those that aren’t educated in music I will!!!!! This business is not as easy as it looks,” she added. 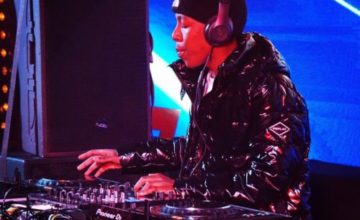