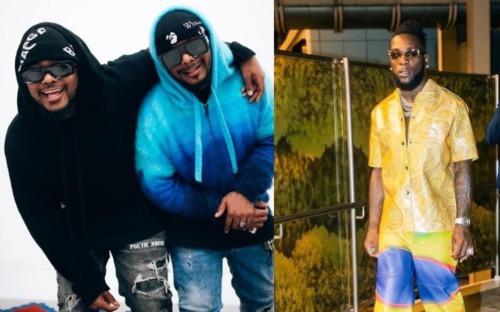 The duo who have been on international tours took to Twitter, hinting at their next move; they asked followers if they should feature the Grammy winner on their Major League Gardens.

The news has garnered lots of responses on Twitter, but it’s mixed.

While some people are excited about the move, others reminded the duo about Burna’s statement.

Over two years ago, the Nigerian star had a rough twar with mzani social media users over xenophobia. He said he won’t be stepping his foot in SA after a fight sparked between him and AKA.

Who should apologize to who