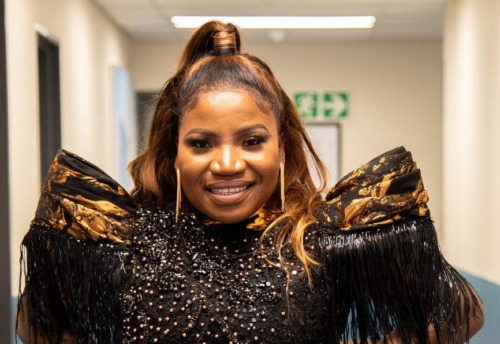 Makhadzi alongside her production company, Open Mic Records have been dragged to the Pretoria high court by the Kicks Sportwear company for breaching the terms and conditions of their partnership agreement.

In December 2021, the award-winning singer announced the launch of her sneakers line, Kokovha which was in collaboration with Kicks Sportwear brand.

According to the brand, the star has refused to wear the sneakers to gigs and promote them on her social media accounts, as that was part of their agreement.

In the court papers shared by Sunday World, the Kicks brand says it’s made a huge financial loss due to Makhadzi’s breach.

“The plaintiff, therefore, claims damages for the following: The units of shoes in the warehouse being 6 900 pairs, less 20 pairs, sold in Limpopo, thus being 6 880 shoes at the retail price they would have sold, for if first and second defendants did not breach the partnership agreement, thus amounting to R8 249 120.

“But yet again due to the breach caused by the first and second defendants, the plaintiff suffered a tremendous financial loss of R379 921, which invoices was attached to the letter of demand that was sent on the 6th of May 2022,” reads the papers.

“The plaintiff further claims damages for all expenses incurred in adhering to the terms and conditions of the partnership agreement and trying to make the launch of the limited edition brand a success.”

Makhadzi has been ordered to pay the following: