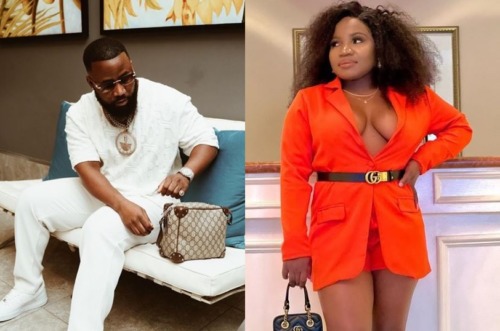 Makhadzi reveals that Cassper Nyovest was her inspiration from the beginning of her music career.

The Limpopo-born singer’s confession was triggered by the rapper’s Fill Up post on Sunday. While people dragged for talking about the concert, a few celebs reacted to the post, positively.

Cassper’s friend who is a socialite, Babalwa Mneno wrote, “YOU MAKE ME SOOOOO FUCKIN HAPPY WHEN U DANCE!!! Like I can’t even describe the joy I give and a lot of ur other fans and haters too!! You the absolute GOAT BABES!!! Like no one compares to u!!! Michael Jackson Beyoncé Nyovesst Mufasa BEEEEEAST!!!!!!!! All in one!!!! Pls bring back the stadium!!”

Makhadzi encouraged Mufasa by revealing that he’s an inspiration.

“I was inspired by you from day one, you proved to me that nothing is impossible if you believe in your talent. Foward we going cass.”

Cassper responded by appreciating her. 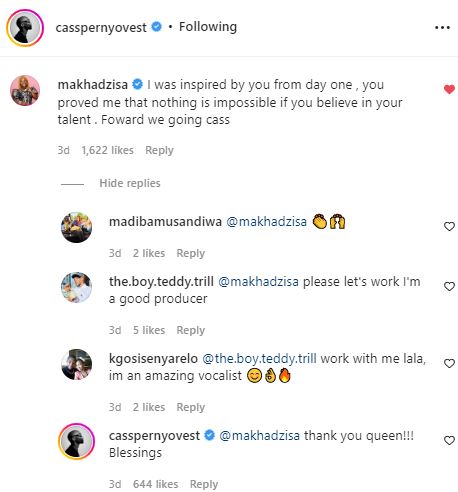 Meanwhile, a few weeks ago Focalistic sparked a beef with Cassper Nyovest after the rapper said in the Ooh Aah rap song that he inspired lots of musicians including Foca.

The Ke Star hitmaker assumed that he was being dissed on the song and tried slamming the rapper, but Mufasa responded by saying it’s not a diss.

Though, Focalistic mentioned at the start of his career that Cassper inspires him, but as of now, his inspiration is now the billionaire businessman, Patrice Matsepe.