May D – I brought Amapiano to Nigeria 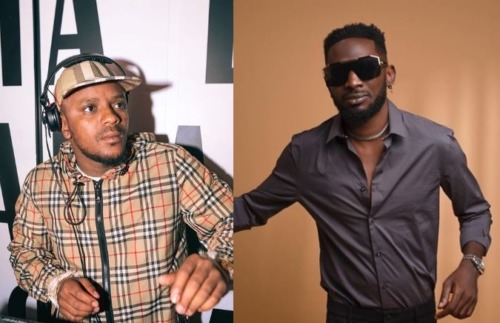 Kabza The Small (King of Amapiano) and Nigerian singer May D

Nigerian singer, May D  brags about being the first artist to import Amapiano genre to his country.

His claim was triggered by DJ Maphorisa’s statement that Wizkid and Burna Boy were the first to export the sound to Nigeria with the song, Sponono.

“Kabza & Maphorisa was the first to put Wizkid n Burnaboy on an amapiano song Sponono that was a historical moment 3 years ago, research before tweet also it was the first time Wiz n Burna jumped on the same song together let it sink in,” Phori said.

Davido reacted to Maphorisa’s tweet by saying the DJ never likes him.

However, May D took the debate to another level by saying he was the first artist to initiate the Nigerian and South African collaboration; he also said he is the first to import the sound; he claims to have evidence.

“Na me bring amapiano come naija, and I have awards to prove that! We started the naija South African collaboration! I don’t like saying shit like this but y’all like putting me under the bus,” D tweeted.

May D said after he took the sound to Nigeria, Davido was the second to do it by collaborating with Focalistic.

Twitter users slammed the Nigerian singer over his statement, as many said it’s a fallacy.

Na me bring amapiano come naija , and I have awards to prove that! We started the naija South African collaboration! I don’t like saying shit like this but y’all like putting me under the box

He snubbed all the criticisms and hate his tweet gained him.

“Don’t have time to hate, just spitting facts that’s all, you can insult me all you want, really don’t care we LEGENDS OUT HERE,” D added

May D undoubtedly worked with South African legends such as Oskido and Mafikizolo, but his recent tweet seems new to lots of people in South Africa and Nigeria.

What do you think about May D’s claim?