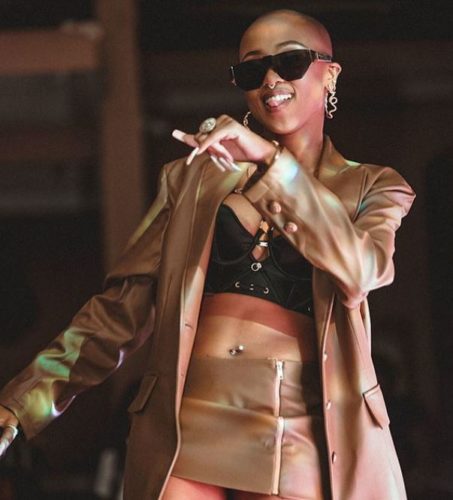 Moozlie performed at a event few days ago, but she left the people unimpressed and it’s been tagged an epic fail.

The rapper who is also a fashionista was seen in a video which surfaced on Twitter vibe to her sound on a stage, facing a crowd, but most persons just stood looking at her without trying to applaud or sing along.

The video has garnered critics attention, as they believe she’s not as good as she thinks she is.

“Moozlie should face it. She is just a pretty face that was chosen by MTV not the people. But we love that she keeps trying. Think should would go fucken far if she dropped all this and tried to be a high fashion model,” a tweep said.

Check out video and other comments below:

They were probably amazed by her beauty 😩🤣😂🤣😂