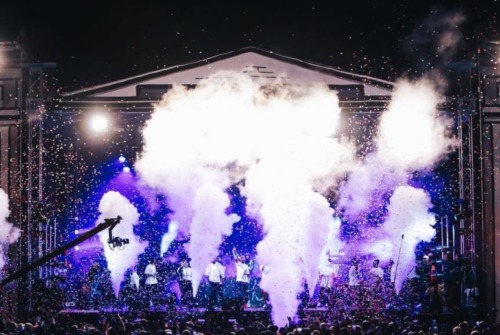 Cotton Fest 2022 got people in their feelings as it’s one of the major ways of honoring Riky Rick who founded the legacy which is to be continued.

This year’s festival is the first of its kind without the rapper who died in March, hence it exuded lots of emotions and touching display.

Uncle Vinny, Stogie T, Moozlie, and others who are part of the faculty of Super Fine Arts paid tribute to the late star on stage.

Riky’s brother, Themba also jumped on stage for the first time ever in tribute to his late brother.

YoungstaCPT also performed the tribute song to Riky which he dropped recently.

Da Les and AKA also squashed their beef by hugging on stage, it was a beautiful moment for the hip hop culture.

Check out the touching videos below:

#CottonFest🙃: RIKY RICKS BROTHER @ThembaMdladla HOPS ON STAGE FOR THE FIRST TIME EVER IN TRIBUE TO HIS LATE BROTHER 🔊🔥🚀🏟#WeNeverDieWeMultiply 🤍💛 pic.twitter.com/8HjgW1D8Oh

A Letter To Riky Rick