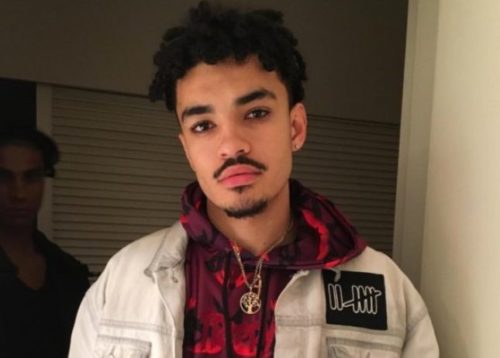 Shane Eagle shook South Africans on Wednesday morning with a photo revealing the size of his eggplant.

The rapper melts hearts, especially his female fans with the photo, but Mihlali Ndamae and Nadia Nakai dragged him for flaunting it.

Taking to Twitter, the beauty influencer said: “This behavior makes me question if Shane really makes his money from music, or it’s just clout from posting his mamba? I’m so disappointed, I used to be such a huge fan but now I question him being a good role model for my future sons. I can’t have my kids look up to such.”

Nadia also seconded Mihlali saying: “Hahahahaha! At his shows all we see is his Mamba! He should focus on selling his music and stop trying sell us sex! He should respect his body man! I’m sick of this!”