Nadia Nakai desires to start a family with AKA 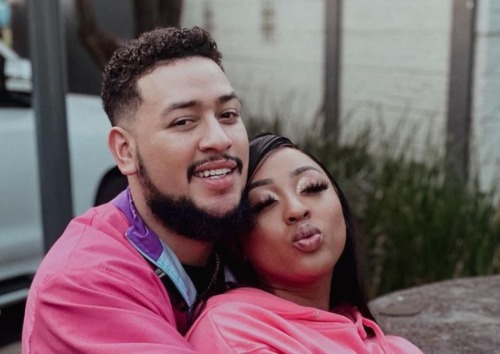 Nadia Nakai and AKA might be starting a family soon after it was hinted in an interview with SowetanLIVE.

Bragga revealed during the interview that she’s known Kiernan for years and he’s always respected her, but she had to refrain from socializing with him because of her former record label’s boss, Cassper Nyovest.

“I’ve known Kiernan for years. He was respectful every time I’d meet him. We never had personal issues and obviously, out of the respect for my label boss, I would refrain from socialising too much with him,” she told the publication.

Nadia Nakai says she will love to have AKA’s babies as he’s good at parenting – his relationship with his daughter Kairo Forbes has been witnessed severally by the rapper, hence her interest on starting a family.

Meanwhile, she also revealed that there was no plan to get into a romantic relationship as they were very good friends, but things happened.

“There wasn’t a specific time that we told ourselves we were an official couple because we were just really good friends. We’d speak for long hours over the phone and share so much in common.
“We didn’t plan to become a couple, it just happened… I’ve witnessed how great he is as a father; of course, I’d love to have his babies one day.” Due to Twitter’s toxic nature, Nadia said they opted to not announce their relationship.