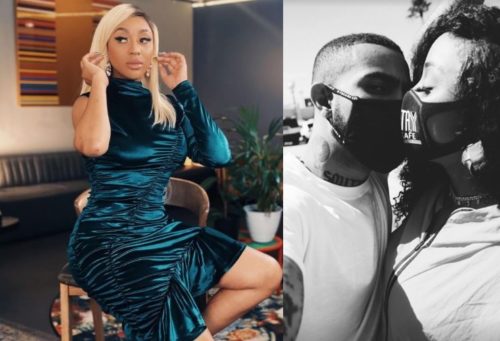 Taking to Instagram, the two shared photos and videos of themselves having the best time of their life together in Cape Town. The photo Nadia used in confirming the news got fans and other celebs in their feelings, as they were both mushy.

The South African rapper has being on low key abut her love life since the split with one of Major League’s DJz; at some point she was rumored to be dating her record label boss, Cassper Nyovest, but Mufasa nullified the rumor with his relationship with Thobeka Majozi, who is his baby mama.

Now, let us take you back to January 2021, when Nadia went to Ghana and bumped into Vic who is a Ghanaian but born in Chicago. Lots of people assumed they just bumped into each other, and worked together.

However, Queen Bragga and the 2016 Grammy award winner took the relationship to the next level, as photos and video shared on their Instagram stories clearly states that they’re in-love. 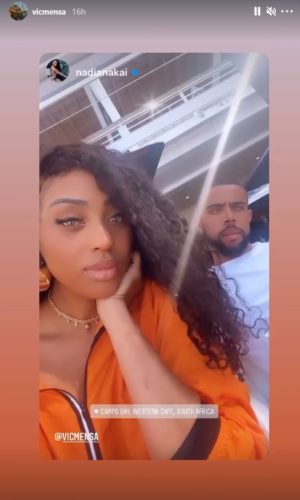 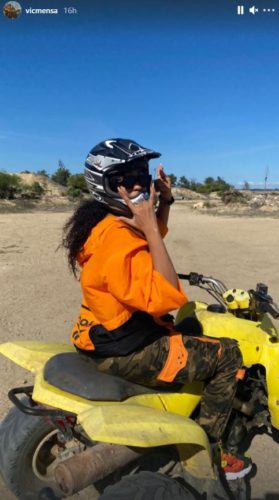 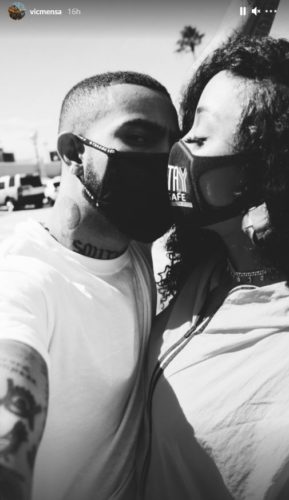