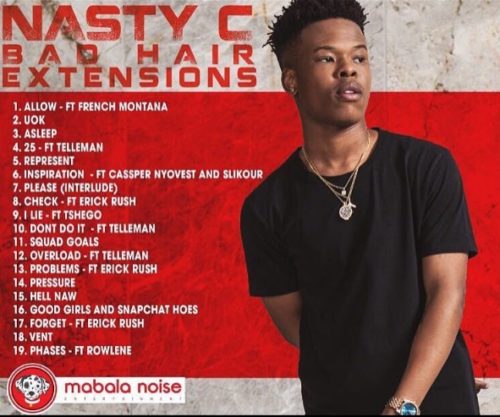 Nasty C is set to release an extended version of his debut album Bad Hair. The 19 year old has released the tracklist for the project.