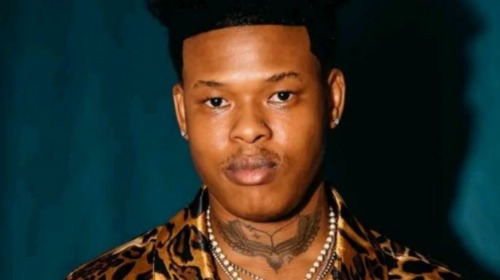 Nasty C and his girlfriend, Sammie Heavens might be starting a family soon.

The rapper made this known while flexing a Mercedes Benz car.

Since Nasty C moved to the USA, he and his girlfriend have been secretive about their relationship; hence, their next move is unpredictable.

However, if the star says he will be starting a family, then, that it is.

Meanwhile, he recently talked about his family in an interview with Saige Jones.

Nasty C said he was well brought up, especially by his dad as his mother died 11 months after he was born.

He also revealed that he is a novice to the feeling of having a mother, which hit him when he became a teenager.

C has learned quite a lot from life and he’s set to establish his own life.