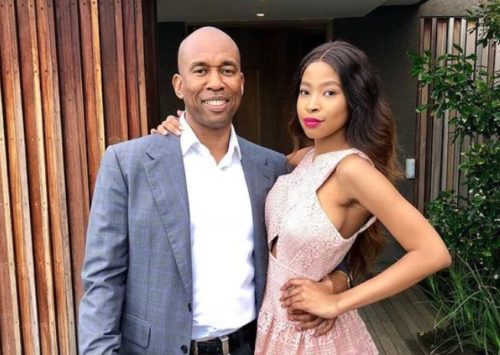 “As Anele’s father, I categorically state that Anele was neither suicidal nor did she commit suicide. We must as a matter of priority deal with the scourge that bedevils our youth. Alcohol which is overused and drugs. Fellow South Africans we better wake up and smell the coffee, we have a serious problem with substance abuse” he said.

The businessman further revealed that the 22-year-old was never suicidal.

“I cannot allow an unfortunate narrative to go unchallenged, a narrative that irks me to no end … that is ‘Anele was chronically suicidal’. All I can say is, until Anele turned 21, not a single member of her family, my family would have associated her with suicide.”

Speaking of Nelli’s relationship with famous rapper, AKA, the businessman said he expected more than love in their relationship.

“I knew Kiernan loved my daughter but their companionship needed more than love. It had to be premised and embedded on a Godly foundation.”

Moses says he is a happy father as Anele made him proud.

On Sunday after Nelli’s passing, it went viral that she committed suicide by afterfalling from the 10th floor of the Pepperclub Hotel in Cape Town.

It was reported that it’s her second attempt.

However, her father frowned at those claims.

Olakira and Sho Madjozi give a new track titled Call On Me. Olakira not too...