Prince Kaybee has made it clear to fans that he doesn’t have the interest of interfering in any personal issue that has to do with DJ Maphorisa.

The two DJs have been dramatic for months and some people are gradually getting tired of their Twitter war which comes in series.

A tweep called out the Fetch Your Life hitmaker to help Lawd Phori in getting a decent woman.

“#Maphorisa @PrinceKaybee_SA ?can you help your friend phori find a decent woman?”

It is believed that the Twitter user called out Kaybee due to his new romantic relationship with Zola Zeelovin.

The two lovers went public few months ago, and they’ve got a new habit of serving goals on social media.

Back to the tweep’s request, Prince responded saying, it’s none of his business. 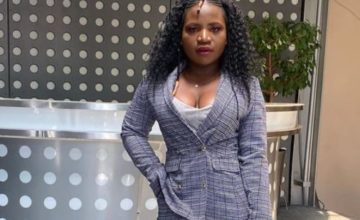 Makhadzi spilled out her hearts on social media few days ago, on the ill-deeds by...