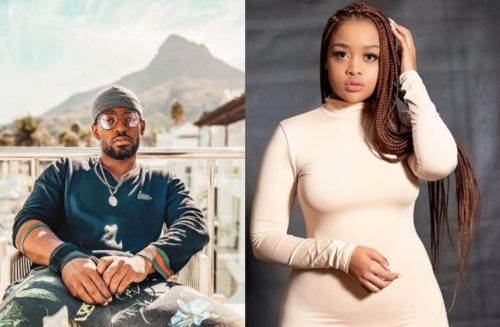 Hazel Mahazard is the lady who publicly said Prince Kaybee was cheating on his girlfriend, Zola.

The young lady shared screenshots and nud* photo of the DJ, to prove that they were s*xually involved for 5 years.

Kaybee who appeared to be powerless at the sight of evidence, took to Twitter and apologised for cheating.

“I cheated, I humiliated my girlfriend publicly. To the people I have disappointed, the businesses I represent, my girlfriend and my Mother I profusely apologise from the bottom of my heart,” he tweeted.
On Thursday evening, Hazel shared an official statement, apologising to the DJ for sharing chats and his nude to the public. She also said she has never been in a casual or sexual relationship with the music producer.
“I would like to apologise to Kabelo for the posts, and any damage that the last picture may have caused to his dignity, personal life and his business.”
I met Kabelo Motsamai in Spetember 2020 through an official work project that we were both involved in. I have never engaged in any casual or sexual relationship with him from the time I met him to date,” she said.
Read full statement below: 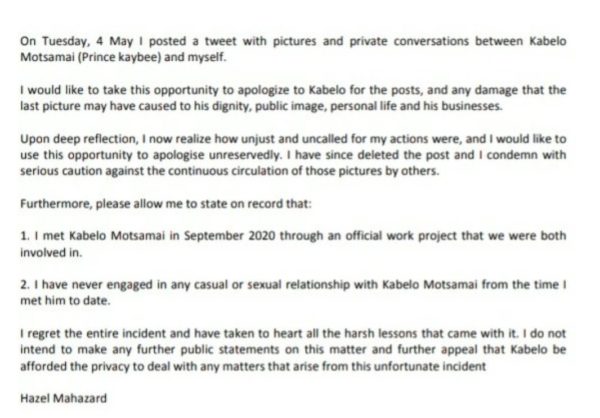 I read your letter of demand and wish to respond as follows. pic.twitter.com/o1DeuZYhhg