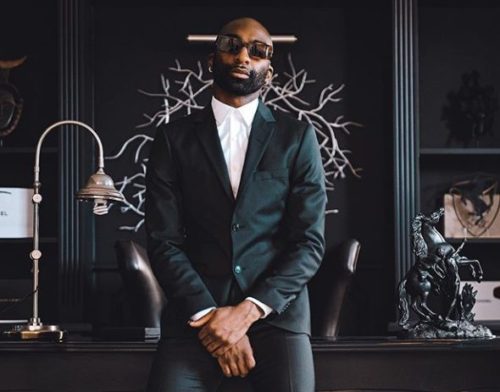 Riky Rick is overwhelmed with his achievement outside music and believes, his late father wiil be proud of him.

In 2019, the rapper announced the launch of a new business, barbershop.

Despite being affected during COVID-19, Riky didn’t give up.

Taking to social media, the star shared a photo of his barbarshop advert on a billboard in South Africa.

Riky expressed his joy on Instagram, saying he’s proud of his deeds, as he has a business his children will inherit.

My father probably smiling from heaven right now 😢 Not because Im on another billboard, but because Im on a billboard for something my children will actually inherit one day. LEGACY. 100% BLACK OWNED. 100% BLACK OPERATED. 100% BLACK FRANCHISEES. @kenaoutdoorza is 100% BLACK. Even the billboard is shot by our brothers @mini__photography @jabukiing & @fistoartist 🖤 @stevelmarc 🖤 @bonzo_la 🖤 @legends_barber is the definition of #blackexcellence hang tight @legend_sheldon your vision is 🔑 #hustleforyourlastnamenotyourfirst #BlackBusinessMatters #emancipateyourselffrommentalslavery