“She saved my life,” AKA says about girlfriend Nadia Nakai on her 32nd birthday 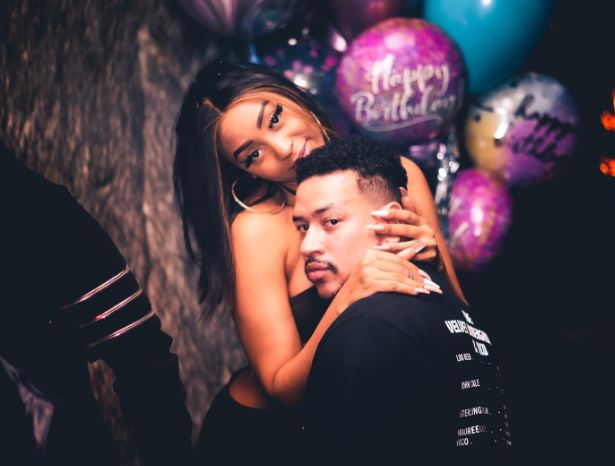 AKA celebrates his girlfriend, Nadia Nakai who turns 32-year-old today.

The rapper and his girlfriend were fun-drenched over the weekend as she had a pre-birthday celebration at the club.

Taking to Instagram on Wednesday, Supa Mega shared sizzling photos of himself and Bragga at the club.

He captioned it by wishing her a happy birthday and further revealed that she saved him.

The rapper wasn’t detailed on how Nadia saved him, but it’s evident that Kiernan started dating her after losing his fiancee Anele Nelli Tembe who allegedly committed suicide by jumping a high storey building.

Months after mourning Nelli’s passing, Kiernan claimed to have been battling depression and he stopped using anti-depressant.

However, we don’t know the state of his health currently, but recent photos shared on social media reveal that he is experiencing happiness with the love of his life, Nadia Nakai.

Check out he photos below: