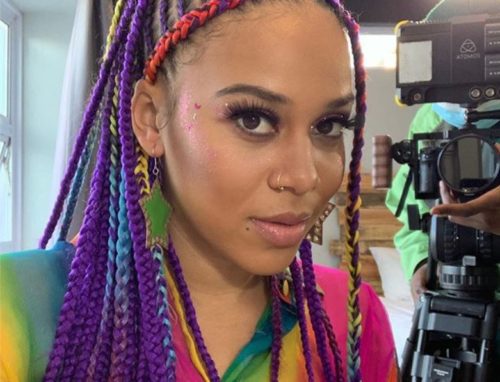 Sho Madjozi is reportedly one of Anele Nelli Tembe’s problems before passing in April 2021.

Some weeks ago, the violence and abuse of drugs in AKA and Nelli’s relationship came to limelight via photos and videos leaked.

However, Sho and Bonang Matheba were mentioned to be involved in the lover’s issue.

The BET award winner was reportedly warned by Anele to stay off the rapper after calling him in the midnight.

The phone call got the 21-year-old furious, as to why she called at such an ungodly hour, knowing that the two are only connected because of music.

According to Sunday World, Sho called at such hour to relate the success of their collaboration, Casino, which has received huge love, especially from the Kenyans. She also suggested that they shoot a music video for the song, but Nelli’s intervention got the video plan buried.

Shawn Nkuna, Madjozi’s manager was instructed to relay this message to Sho: “From my understanding, Kiernan and Maya (Sho’s real name) work together, which is strictly business…so what I would like to know is why the f*** was she calling my man at 1AM in the morning, and what was so urgent. In fact I would like her to message and explain her story,” Nellie allegedly wrote.

As regards Bonang’s involvement, it was revealed that Nelli sent Queen B her nude photo, bragging on how she’s tighter than the media personality, who once dated AKA.

Report from a podcaster says Queen B got the rapper addicted to taking hard drugs.

While Bonang frowned at such reports against her, she’s decided to go legal against these reporters, but Sho Madjozi is mute about the report.