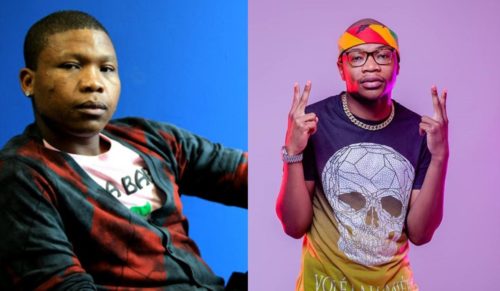 South Africans are divided over choosing their national anthem between the 2 hit songs, Sister Bethina and Jerusalema

Sister Bethina is an old song which was released many years ago by Mgarimbe. The song was a major hit for years with a dance challenge. Lots of people are still moved by the song till date.

Jerusalema is also an hit song by Master KG feat. Nomcebo; it’s music video has reached over 100 million views and it’s bagged international recognition from huge stars, and also at the top of global song charts.

The old hit song trends on social media, as people are considering reasons why it should be SA anthem and vice versa for Jerusalema.

Check out comments below:

Why is that even a question… lets not act like we react the same as sister bethina when jerusalema comes on . https://t.co/RzOVY6qILB

#SisterBethina is the best song ever Jerusalem will never come anywhere close to sister Bethina finish and Klaar pic.twitter.com/Muj5tZOpCn

Jerusalem is a trending song and Sister Bethina is an athem. Why would you put the two on the balancing scale?

Let’s respect sister bethina please it’s our national anthem,Jerusalema is a song to cut the year and that’s it siyazwana pic.twitter.com/rdTwvjajSO

We can not be told by ama 2K that Jerusalem is better than Sister Bethina pic.twitter.com/33kOqYd33E

So Sister Bethina the only S.A track that still slaps like it were released yesterday 😭

If two cars were playing music and one was playing Jerusalema and the other was playing Sister Bethina, everyone will tell the guy wa Jerusalema to turn off his music https://t.co/KawjLvkmUE

Sister Bethina will still be rocking in the next 20 years, Jerusalema will be finished next year, otherwise, go argue with your ancestors pic.twitter.com/djpVZY3GS1

Sister Bethina didn’t survive a pandemic. Jerusalema did it during the worst possible time. pic.twitter.com/CTALoxYtg2

The disrespect people are giving Sister Bethina comparing it to Jerusalem is uncalled for… You can’t compare Sister Bethina to any song nowadays pic.twitter.com/vFnJhNdyDo