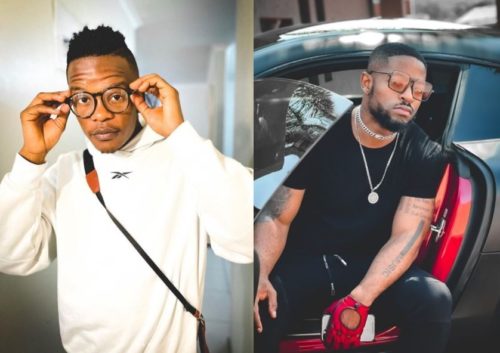 TNS calls out Prince Kaybee and Zanda Zakuza over failure to pay other music producers who worked on the hit song, Club Controller after 3 years.

Taking to Facebook, the 21-year-old shared a screen-record of Lasoulmates complaints over not receiving a cent after working with Kaybee on the hit song.

“Prince Kaybee !! Zanda Zakuza !! Fix this! I’m feeling like a Gate Keeper now who doesn’t wanna see other Kids smiling and a Greedy mother fucker after amajita did an Incredible Job Producing Club Controllee with me!!! LaSoulmates need their money for Club Controller Man,” Tns said.