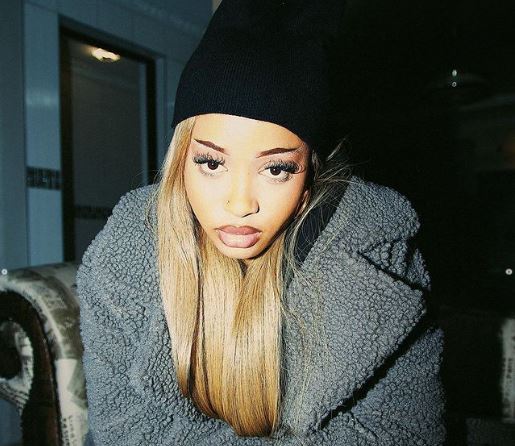 Uncle Waffles reacts to rumors of being transgender.

The rumors were all over social media on Wednesday and her fans shut down the claim to be untrue, as some shared photos of the DJ when she was still a young girl.

Taking to Twitter and Instagram stories, Waffles said she will not be silent as she’s angered by people who asked her to reveal her private parts in other to prove she’s indeed a woman.

“Real question. What do these pictures prove? Instead, you’re trying to bring down people who have nothing to do with this. I now have to prove my gender based on my physique and based on a rumor? You guys are so weird,” she said.

Let’s also remember that just cause someone is a public figure doesn’t make them your friend. Singajwayelani emasimba

“Y’all are too used to public figures having to keep quiet and be the bigger person, and that being considered some sort of “Maturity” and that’s made people on social media get away with being shit individuals. Where do you even get the audacity to say things like this? Then go on and show your transphobia through it? I don’t usually say anything but now a whole community of people is getting affected. Please it’s important to learn when you are overstepping,” she wrote on her IG stories. 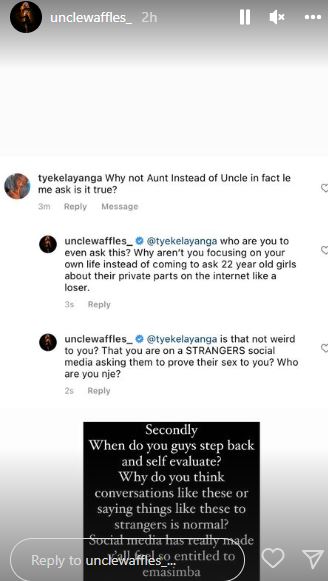