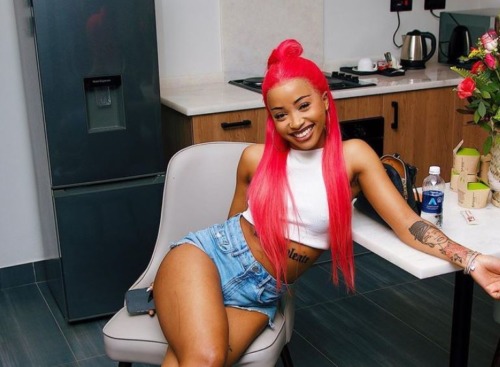 Uncle Waffles finally opened up about her sexuality during a live chat with fans on Instagram.

A few months ago, it was rumored that the DJ was transgender as she was born as a man but did some surgeries to look like a woman; the rumors got slammed as her childhood photos surfaced on the internet and she also frowned at those who sparked the false narrative.

In a recent chat with her supporters, Waffles said she’s bisexual but currently in a relationship with the opposite sex.

“I am bisexual, but I am in a heterosexual relationship,” she said in the video clip which has now gone viral and garnered lots of reactions from social media users.

Haibo the girls care …. we needed to know