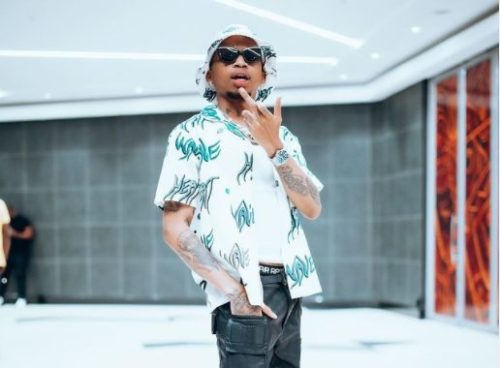 Tshego says he will be departing Universal Music Group soon.

The rapper didn’t explicate the reason he wants to leave the music company, but there’s blatantly a hitch, as he said the company don’t deserve him.

Taking to his Instagram stories after days of mourning his late friend, Riky Rick, Tshego said after dropping his forthcoming album, he will be leaving the label.

“My next album gona be random ass shit then I’m out. Universal doesn’t deserve me, shame,” he wrote. 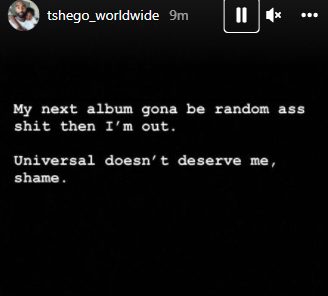 Meanwhile, he revealed that his deal with Family Tree was informal, including the label’s environment.

Nadia Nakai also left the Family Tree record label in 2021 to start an independent label in her name.