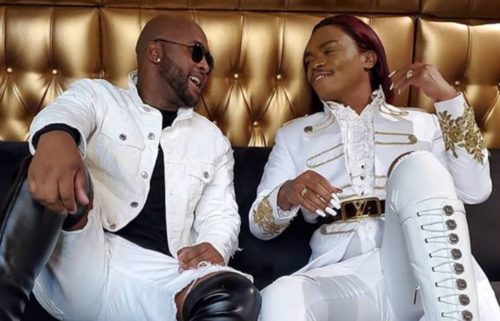 Vusi Nova and his bestfriend, Somizi Mhlongo have taken their friendship to a more beneficial level.

Som is known to be one of the judges on Idols SA, aside being a radio star and media personality.

Interestingly, the radio presenter shared a photo of himself with Vusi in the studio, singing passionately.

The photo got followers thinking they are working on a song, and it’s left many anticipating.

Vusi and Somizi have attracted much citrics, due to their level of closeness, which is clearly more than being friends, as they have an amazing bromance.

Some fans believed they were into a romantic relationship, but Vusi cleared the air after showing off his girlfriend some weeks ago.

The two even bond with their choice of outfits a times.