Controversial singer Kelly Khumalo brings her official music video of Empini. Her new single arrived at a time of need for her fans having been without a new song from the singer in nearly 2 years.

Kelly Khumalo went creative for her Empini music video, as she paints herself in Black colour. She explained the wars she and people are currently facing

“When we were in studio creating the song, we wanted to talk about the woman who has conquered everything that was meant to destroy her and that’s how the song came to live”.

She explained further that it is not just about her personal war, it’s about the wars that we as individual and as people face on a daily basis. Looking at where we are now, there are so many battles that we are faced with. From Covid -19 to Gender base violence in the country, to racism and a lot more we hope to conquer. 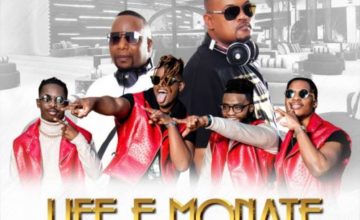