Africa in the house. Or, as Nasty C likes to brag, the “coolest kid in Africa” is in the house. Born Nsikayesizwe David Junior Ngcobo in Durban, South Africa, the young yet prolific rapper’s career has taken some unique turns. That’s what happens when you release your first album at 16, and follow with four more. Nasty’s grabbed collabs with American staples A$AP Ferg and French Montana. A feature on Major Lazer’s afropop jam “Particula” displayed his comfortability thriving in a diff genre. His new record, ‘Zulu Man With Some Power,’ exhibits the same impressive versatility.

Tracks like “Black and White,” graced by Ari Lennox, rides a smooth R&B groove. He could pass as an ATL-born emcee on “Bookoo Bucks.” This Ctrl at Home performance of “Palm Trees” showcases the latter abilities, while “How Many Times” slows down things. With palm trees in full view and Nasty radiating swag, it was vibes all day. 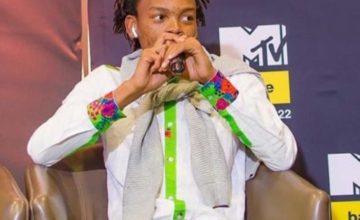 South Africans mock Nota’s incompetence – Here’s what he did