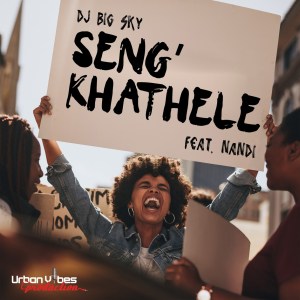 They release the song in the plight to fight the ongoing gender-based violence in our country, Urban Vibes will be donating a percentage of the proceeds to a GBV Foundation to be announced soon.

It is becoming more than an issue in South Africa as Ladies voice out to stop gender base violence in the country.

Rogue and Amanda Black recently sent their letter titled Senzeni na to all South African men to stop the bad act and make peace in the country.

Big Sky and Nandi join other forces to create a wider awareness to the country.