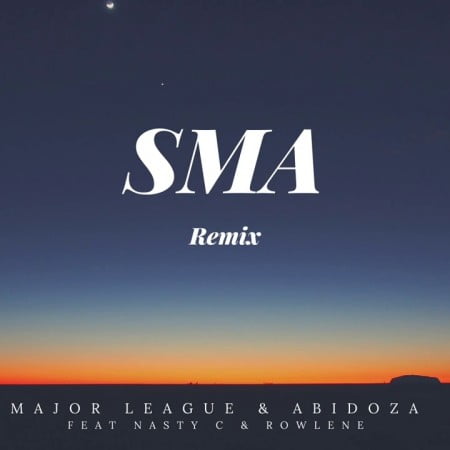 South African record producers Major League and Abidoza reproduce a new jam titled Send Me Away (SMA). The track was originally released by the Zulu Man-Nasty C and Rowlene.

Nasty C trends as number one in South African after his Zulu Man With Some Power album. The new album collaborates with the likes of T.I, Tellaman, Rowlene, Ari Lennox, Lil Gotit & Lil Keed.

In total the Zulu Man With Some Power project is 20 songs deep with Nasty C proving once again he is the crown prince of South African Hip Hop.

The love song (SMA) has been making a lot of waves as Major League and Abidoza decide to bring us the Amapiano remix to the World today.