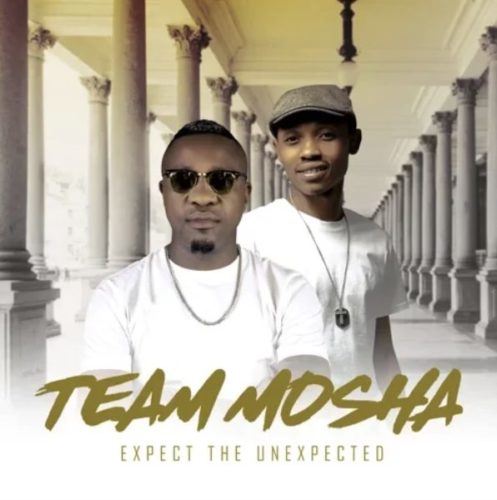 The new Amapiano track dropped from their latest album titled Expect The Unexpected which housed 12 great tracks in it.

In surprising their fans, artists like Caltonic SA, Mapara A Jazz, Colano, Dr Malinga, played their part in giving their fans their best through Team Mosha.

Caltonic SA opened the album first on the track which was also rounded up with Dr Malinga on Jola.

Team Mosha recently increased the tempo of all clubs as they dropped Malunde featuring Caltonic SA.

Doing it again, they drop this new track.