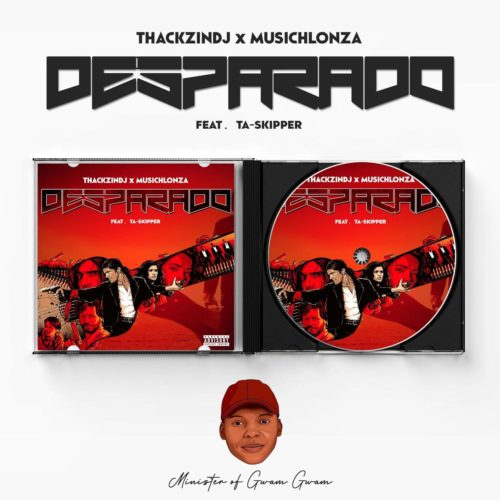 ThackzinDJ makes his first appearance for the year with this track with Musichlonza titled Desparado.

The new Amapiano cut from him features the effort of TaSkipper.

ThackzinDJ recently released his Ingqumbo Yeminyanya EP which featured some of his closest vocalist and co-producers.

He also served his fans with an amazing album titled Minister of Gwam Gwam.

Bringing the game back, he makes this his latest project as he serves his audience just what they need during moments like this.