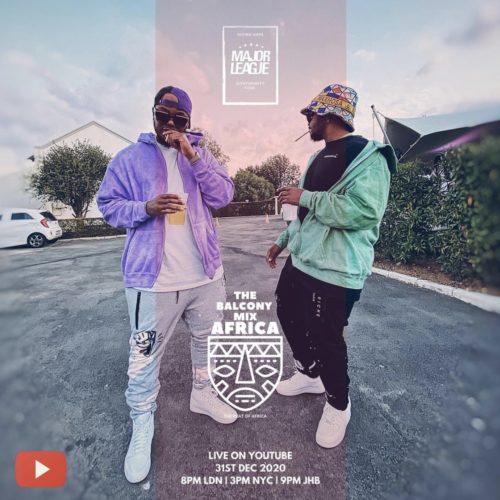 Major League DJs make sure their consistency reaches the month of June.

They handled the month so well by bringing Amapiano vocalists to the mix this time around. Focalistic, Reece Madlisa, and Zuma made it as the first vocalist on the mix after LuuDadeejay rounded up as a producer.

DJ Maphorisa and Njelic also made it into the Balcony Mixes for May 2021.

The South African DJs are definitely making the genre proud as they push their game bigger this time.