AKA goes legal against Cassper Nyovest over fake Billiato deal 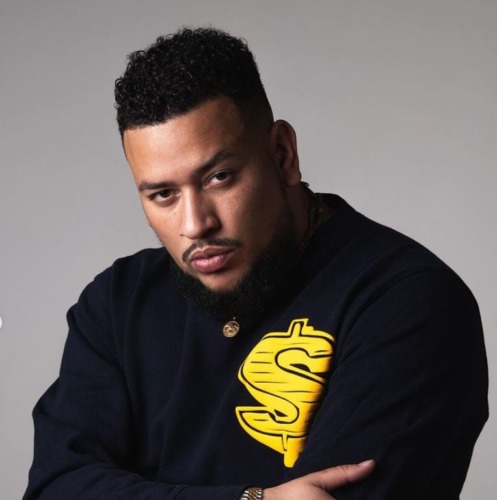 Kiernan Forbes who is professionally known as AKA has released an official statement in response to Cassper Nyovest’s announcement on the new brand ambassador for his liquor brand, Billiato.

On Friday night, the Siyathandana hitmaker revealed that Kiernan is the new brand ambassador of the aforementioned alcoholic brand.

It was obvious that Cassper was taunting the rapper who attacked him last weekend, with the diss song, Composure.

Returning to Twitter on Saturday, AKA slammed Nyovest’s announcement, saying it’s fake as his partnership and loyalty is with Cruz Vodka.

“AKA enjoys a longstanding, successful, and groundbreaking partnership with Cruz Vodka. The announcement is ill-considered and has and still continues to validate AKA’s rights to have his likeness and image protected by law.”

Supa Mega plans to sue Cassper over the fake deal.

“AKA is exploring his legal options in this regard,” the statement reads. 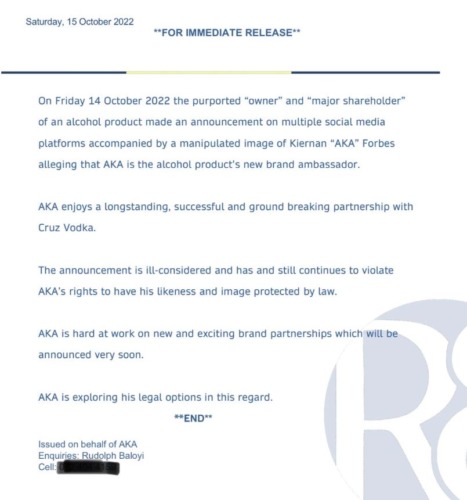 The statement has garnered lots of reactions which are mixed.

“I don’t think Cas is or was being malicious It’s a joke guys. Don’t involve law in rap beef.. You could have had many comebacks that could have buried him considering that u took some personnel away from him but now it just became awkward unnecessarily. It ain’t personal it’s rap,” a tweep said.

🤣🤣🤣🤣so you want to Sue @casspernyovest for telling the TRUTH 🤦🏽‍♂️you are Cassper’s Stirr boy bafanas🤣🤣🤣🤣🤣🤣 pic.twitter.com/AClve0Y6iv

Haha he can enter court while playing Composure pic.twitter.com/9LOV1mFfnK

With all due respect, what you are saying is logical but that not how the law works.

Not only are you fully liable for what you repost; you are liable even for what others post on your page/tl/wall, etc. Even what you are tagged in as good as coming from you.