Busta 929 cooks in the studio with another teenager (Video) 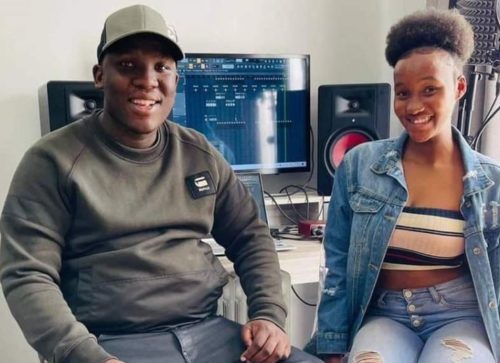 Busta 929 is seen cooking a new amapiano song with a teenager in a mini studio.

Some days ago, the music producer got busted after a video of the DJ with some young girls went viral on social media.

It was assumed that the DJ was grooving with the young girls believed to be teenagers in his home.

South Africans crucified him for taking advantage of the girls.

However, he shared an official statement on social media, saying he was making songs with the girls and not making babies.

He said the girls begged to work with him and he obliged, seeing that they are talented.

Well, few days after defending himself, a video and photo of himself with another young teenager surfaced on social media,

The young girl captioned it with claim that she just finished recording her first single with 929 and it will be out in July.

A teaser of the forthcoming song was also shared.

However, most persons didn’t buy the new story, believing the DJ just used the video as a cover up for the previous story.

Ai 🤣 honestly,the girl can’t sing! He said he discovered her kuphi khuphi nton nton,he’s really a bad talent searcher then.she had to come back and record a song the were allegedly recording thise nights with #Busta929