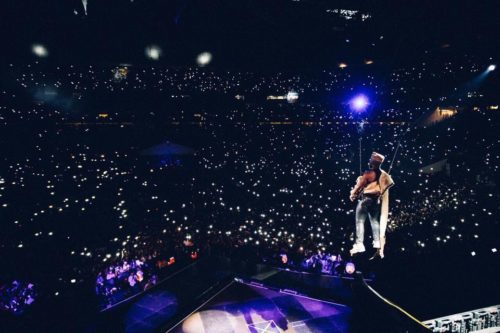 Cassper Nyovest is taking no rest as he announces a date to shoot his official music video for BongiNkosi.

BongiNkosi was the first track Cassper released off his AMN album which he featured the legend Zola 7.

Appearing as a new project, it seems BongiNkosi will be the first official music video to also come off his album.

Mufasa has announced he would start the shooting of the video this Thursday as he has so much to be thankful for.

“Shooting #BongiNkosi on Thursday. I have soo much to be thankful for. I just became a whole entire father. Thank you lord. #AnyMinuteNow”.

Mufasa takes no rest in the industry as he keeps pushing the game further for SA.