“I did what I did,” Black Motion’s Thabo responds to Zodwa Wabantu’s claim (Video) 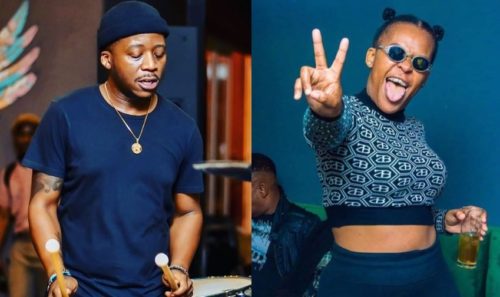 Black Motion’s Thabo Mabogwane breaks the silence over Zodwa Wabantu’s claim which got social media users frenzy over the weekend.

On Friday, Lasizwe premiered another episode of his Drink Or Tell The Truth on YouTube, and Zodwa appeared to be the guest.

One of the shocking truth the dancer revealed is that the famous person she recently slept with was Thabo; she said it happened 3 weeks ago.

Meanwhile, another video of Zodwa in an interview with Mac G 11 months ago also resurfaced on social media, and she was seen making same confession about Thabo.

The businesswoman said the music producer has s*x with her while he had a girlfriend.

Reacting to the confession, Thabo claimed it happened long ago and not recent. He also asked South Africans to respect the mother of his child.