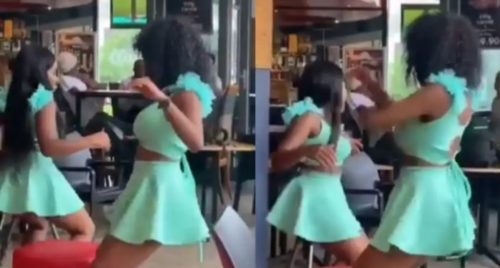 South African girls who went viral in 2020 for their dance moves to hit single, John Vuli Gate, have returned to social media again.

Another video of the girls surfaced on social media and this time around, they were seen dancing to another Amapiano song, Marashi – Private ProParty (feat. Stocko Sama 2k).

The girls were uniformly dressed in a blue top and skirt, which revealed some skin.

Twitter user named, Daniel Marven shared the video and captioned with: “Do you Approve???”

While some cancelled the girls, a few others needed a longer clip.

Yaaaaaaaasssssss… A longer Vision is exactly what we need. pic.twitter.com/PUVAPrXE0B

Kabza De Small returns to the studio with an upcoming album to be titled Pretty...