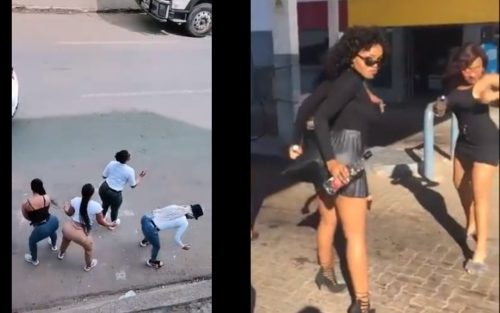 South Africans are set to take the John Vuli Gate global with the dance challenge which has been trending since morning, and has peaked on Tik Tok.

Amapaino seem to have taken over this year, as the John Vuli Gate song by Mapara A Jazz Ft. Ntosh Gaz & Colano have stolen hearts, especially the ladies’.

Sister Bettina and Jerusalema songs have done the most among South Africans, and the rise of the amapiano hit song has started a new trend.

Videos of people dancing to the song has gone viral on social media, and DJ Maphorisa and Kabza De Small have reacted to it.

Since my sister and I are far from each other this will do! I can’t dance neh please don’t judge🤣 #johnvuligatechallenge #JohnVuliGate pic.twitter.com/uv95yYXgqg