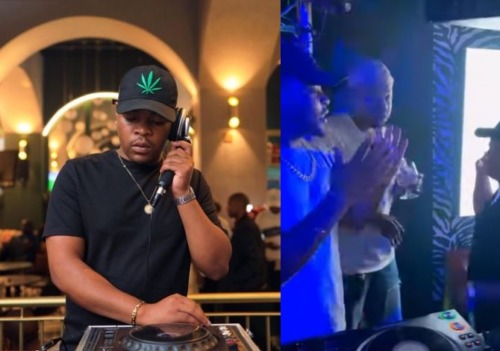 Amapiano remains unshakeable despite predictions that it won’t survive a couple of years.

Producers have decided to shock critics with their innovation as they are evidently putting extra effort to make the genre stay alive.

Another supposed sub-genre has been birthed and it’s gradually taking over streets, gigs, and clubs.

A few persons who have heard the combo are yet to get over it, as Mr JazziQ and a few friends have been spotted dancing to the song continuously.

An example of the Indian-Amapiano sound is a song by Ice Beats Slide, Troy Willmake featuring Tyler ICU, titled My Friend.

Imagine you serving your usual Amapaino dance moves, then spiced with an Indian move – You’re set to shake places.

Watch videos of your faves dancing to the new sound below: