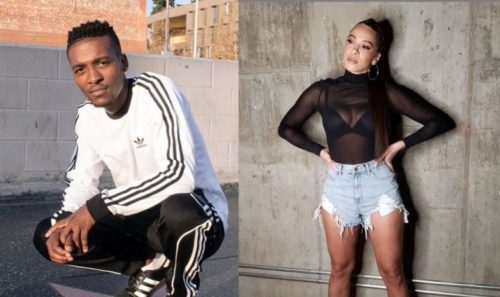 Mzansi have stayed awake both day and night in defense of DJ Lag whose song titled Ice Drop got allegedly stolen by an American musician named Megan Ryte.

Taking to Instagram, she teased the sound and captioned it with: “Here’s lil sneak preview of my insaneeeeee video directed by Nabil for my new single CULTURE ft Will.I.AM and A$AP Ferg! The song is available everywhere at midnight and video droppin at 10am tomorrow!!! 11/20 ! LETSSSSS GOOOOO [sic]”

Mzansi Twitter trends South Africa DJ in other to drag the American star.

I thought SA twitter is just being harsh just for the sake of defending a South African DJ but I’ve just given the 2 songs a proper listen. My people are right and 100% spot on with this one…Megan Ryte definitely stole DJ Lag’s beat from Ice Drop. They must just pay the bro.

American DJ stealing beats and music video concept from South African DJ. To top it off the title and meaning of the song is really ironic to the situation at hand. Dj Megan Ryte messed up big time… pic.twitter.com/ve0nOmkrdH

They stole a beat from a South African Dj thinking we don’t have internet hayi‍♂️ pic.twitter.com/cJ95x3tKPv

Did my part for South African DJ pic.twitter.com/9IvK2is6Cq

So someone’s daughter decided to steal from a South African Dj, now she has dislikes on her video that are more than her actual subscriber pic.twitter.com/RyksMpaN81