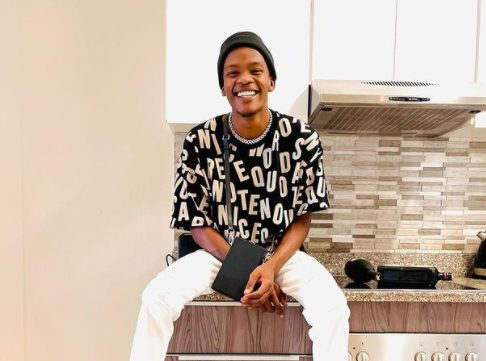 Nkazimulo Ngema whose professional name is TNS signs a new deal with Africori.

Africori is the go-to hub for independent African artists and labels from across the continent and in the Diaspora; it offers label services, digital distribution, synch licensing and publishing to artists, songwriters, labels and other music rights holders in Africa.

On Tuesday, Ngema woke his fans to the news of the deal; he says the deal will change his life.

“After Today, My Life Will never be the same Again #NewDeal #Independent. Thank You God Finally My Music is set free. Thank You AfriCori for a warm welcome and supporting me,” he wrote.

It appears TNS has departed Sony Music to be an independent artist as he lamented bitterly in August about Sony.

He talked about how he got barred from releasing music.

“My Plan was to release September but this guy who is working for Sony, they say SPIRO doesn’t hear me, it’s been years I’m insulted by people about Music; some even say things that kills my mind because of this brother with whoever they are with to shape my future nok,” he wrote.

“He has been giving me no choice but to Quit with his actions and he’s team and I’ll never be up for that sh!t, she don’t live for me Alone, this is getting out of hands!”