J Molley releases his first project for the year which is the official music video for Want The Ranks featuring Nadia Nakai.

He creates a new style with Nadia Nakai as they show us a brighter side of them together.

With J Molley setting the bars on this, the track came off his album titled All Is Fair In Love & War. 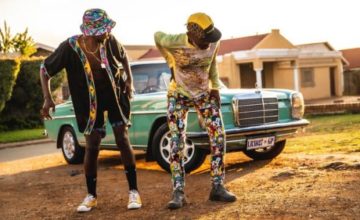 Bob Mabena and QwestaKufet team up to release their official music video for Umjolo. They...