He is yet to make any official release since then but he has been keeping his name in the genre by appearing on some featured tracks. He got a feature on Costa Titch’s track titled Just Do It featuring Boibizza, NelCno, SayFar, and Champuru Makhenzo.

The South African artist makes sure his fans get the vibe from him as he holds it with this new round.

The pairing keeps getting better in Hip Hop as they drop this new round. 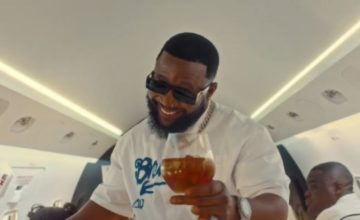