All South African Albums Released In 2020 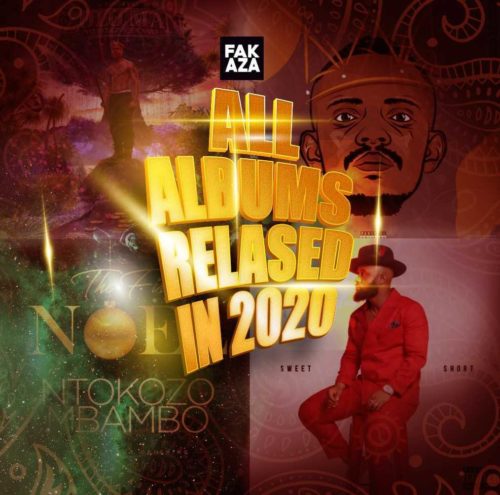 (SA Albums 2020 Download). As a Country, we showed how much we can stand together in hard times and still be productive.

The year started with no prior notice to tearing things apart with the pandemic, but the pandemic could not have its way on our artists as they did not stop releasing good music to us.

In this article, we bring all the albums released in 2020 starting from January to December.

One of the pioneers of the Amapiano sound ThackzinDJ returned with a new Ep titled Ingqumbo Yeminyanya EP to jumpstart 2020.

The album was promoted by decent singles including radio hit Insimbi which just got a visual.

Here’s the debut album of music duo Blaq Diamond under the stables of Ambitiouz Entertainment. The duo has scored several hit singles since being signed under the label and come correct with a contemporary album that checks all brackets.

The album was a surprise dropped and featured some of their most recent work ahead of their next headlined gig in April 2020. Collaborations included songs with Samthing Soweto, Cassper Nyovest, Howard, Corry Da Groove, Mlindo The Vocalist, Qwestakufet, Mas Musiq, and others.

The package contained two tracks one of which was with King Monada and Sha Sha, while the other was a collaboration between DJ Maphorisa and Vino Miller.

De Mogul SA dropped his debut studio album titled Lessons. The producer has been working harder in the studio crafting sounds and now fans can finally listen to the best of his work.

Embattled (ex) Ambitiouz Entertainment rapper Saudi remitted a brand new project titled The Drip’s Leak. The project arrived at a time where fans of Saudi have been yearning for a new LP from him.

House producer Buddynice dropped an 8 track long project titled House of Elders EP. The project contained mixes of different kinds that seats among the best of the best productions out at this present day.

You have 1 Free Delivery. Courtesy of Rabayeezy and Thumela Express Delivery. Hip Hop artiste Flex Rabanyan who has since taken to entrepreneur dropped a free 3 track EP titled Free Delivery

One of our favorite artists at Fakaza, Berita dropped a new scintillating album titled Songs in the Key of Love. The title of the album described the content of the project. Be prepared for the overdosage of love songs from the song bird.

The album featured some of the finest vocalists the label can get hold of such as Mpumi, Simmy, Mthunzi, Soulstar, Sino Msolo, and others.

Highly rated producer artiste XtetiQsoul pushed his anticipated EP X World. His work has been hailed as one of the best at this time and he surely proves that with this EP.

JazziDisciples’ Mr JazziQ released his promised EP on the third of March. The EP is titled with the date in mind 0303 and joins a list of sick Amapiano projects that’s been released over the past year.

The EP contained 7 solid mixes containing nostalgic Amapiano production nailed from the combination of Josiah De Disciple & LennonPercs. A solid mix that tells the potential future of the Amapiano sound.

The debut studio album “Music is Culture” crafted by production duo Afro Brotherz is finally hear. The album was promoted with the singer Umoya which featured vocalist Indlovukazi.

Music Is Culture is filled with typical ear candy productions akin to Afro Brotherz with collaborations with Rose, Jim Mastershine, Angelic, Indlovukazi, Boohle, Mr Chillax and Msanza L listed on the project that should draw acclaim.

Ex Ya Drama is the debut album performed by hardworking singer King Monada. The singer last year released more than 50 songs and hasn’t been found wanting in 2020.

67. Colours of Sound – The Scarlet

73. Quickfass Cass – Rookie of the Year:

183. Ayanda Ntanzi – According to Grace: